Paxherbals in Nigeria:
Bringing Integral Healing to People and Society

Nigeria’s largest manufacturer of medicinal products based on traditional African herbal medicine, Paxherbals is a unique case of an integral enterprise-in-community that has become a force for healing for people, Nigerian society and Africa as a whole. PaxHerbals and Trans4m work closely together the integral enterprise-in-community approach, on community empowerment issues, as well as on authentic African knowledge creation. 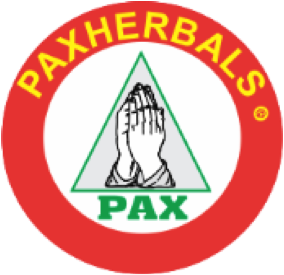 PaxHerbals was founded by Father Anselm Adodo for the scientific cultivation, identification, utilisation and promotion of African medicine.

PaxHerbals has demonstrated that a lot can be achieved by making use of often-neglected indigenous knowledge of health, business and enterprise. From a small cottage workshop of one staff in 2000, PaxHerbals grew to become one of the biggest, best organised and best equipped phyto-pharmaceutical manufacturers and research labs in Africa. Through the utilisation of common plants and weeds, Paxherbals was able to develop science based herbal products that have been of help to the local community as well as to millions of Nigerians. A number of its products have received international accreditation, including in the US. Paxherbals also has a home-grown business model that puts the interest of the local community as its central focus point. Rather than pursuing the capitalist path, which encourages the individual to acquire as much for himself as possible, Paxherbals has developed an integral enterprise model, based on Communitalism.

PaxHerbals has over 150 full-time staff, 50 part-time staff and over 3000 full-time distributors nationwide, making the organisation an important player in the wealth creation drive of the Nigerian Government. Unlike Nigeria’s oil business that primarily profits multi-national corporations who make billions of dollars at the expense of the local communities, whose environment becomes polluted, poisoned and destroyed by oil exploration, PaxHerbals’ business benefits the whole community, restores dignity in people and cares for nature. This is due to its unique enterprise-in-community business model.

Apart from regular trainings for its staff, PaxHerbals also regularly organises workshops for the villagers, who are accredited suppliers of raw materials to PaxHerbals, on how to cultivate, nurture, and harvest existing and new plants. Each of these villagers is commissioned to supply particular species of plants, which Paxherbals purchases. In order to meet the demand for their allotted species of medicinal plants, these accredited agents employ co-workers to help in cultivation, harvesting and gathering, and hence become employers themselves.

One example, among many, is the case of Musa, a Muslim villager, who used to earn a living by begging for alms from house to house in the nearby town. He became a supplier of plant-materials, and by now, Musa employs five people to help him meet up with the supply of herbs. He also started his own farm cultivating thousands of crops, knowing that he has a ready buyer in PaxHerbals. In 2010, Musa bought a motorbike, and in 2013, he acquired his first car! From the produce of the earth, Musa is enriched, his integrity is restored, his family and the community is uplifted, and through his work, sick people thousands of miles away also benefit, all integrally connected.

PaxHerbals and Trans4m work closely together to refine Paxherbals Enterprise-in-Community model further, but also to evolve PaxHerbals engagement in the local community of Ewu, primarily via the newly founded EDEMCS Ewu Development, Education Multipurpose Cooperative Society. A Trans4m Junior Fellow, Amadeus Stickl, has been “seconded” to Paxherbals/EDEMCS in 2016 to work closely on the evolution of EDEMCS.

A group of Integral Development students from St. Gallen University worked alongside Amadeus to develop an integral educational approach for EDEMCS. 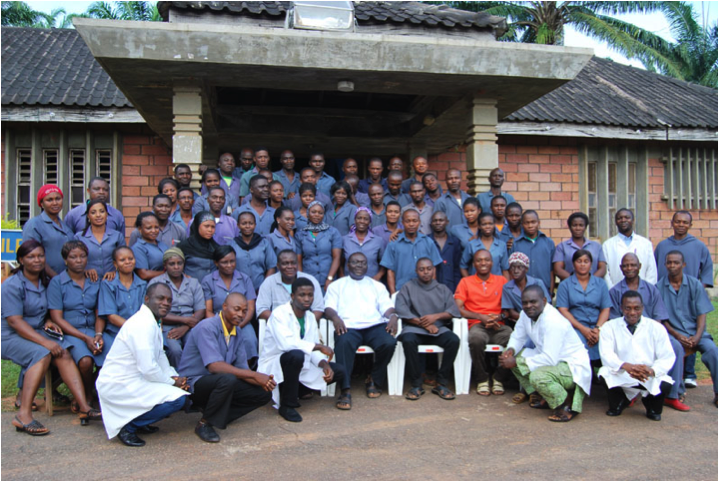 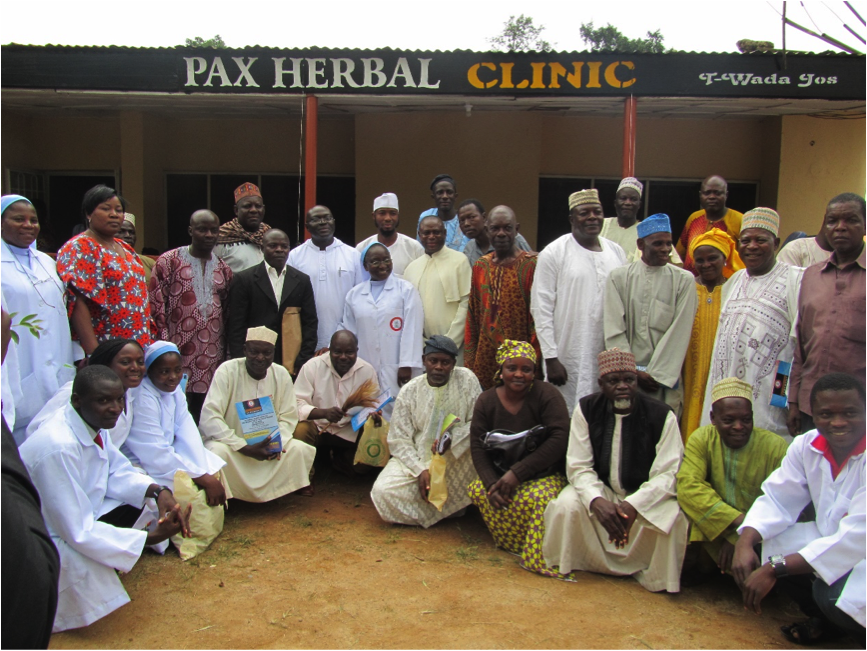 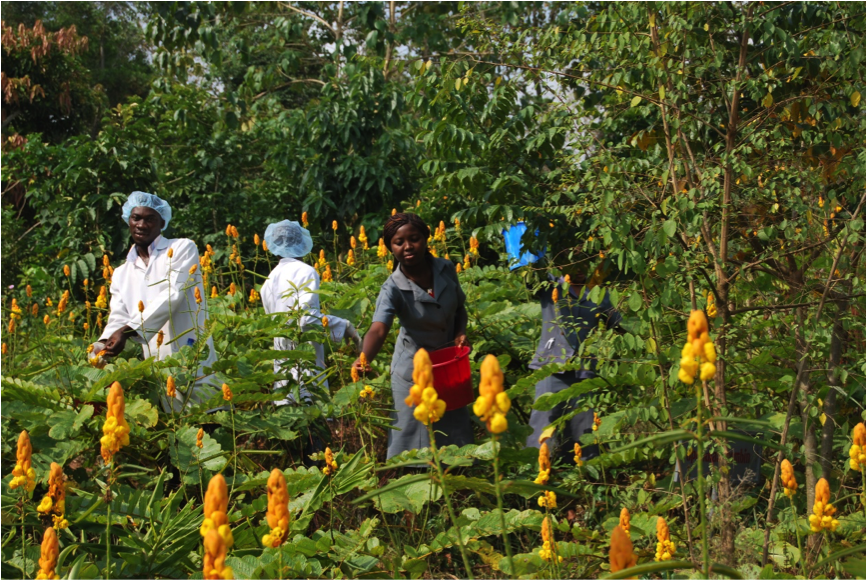 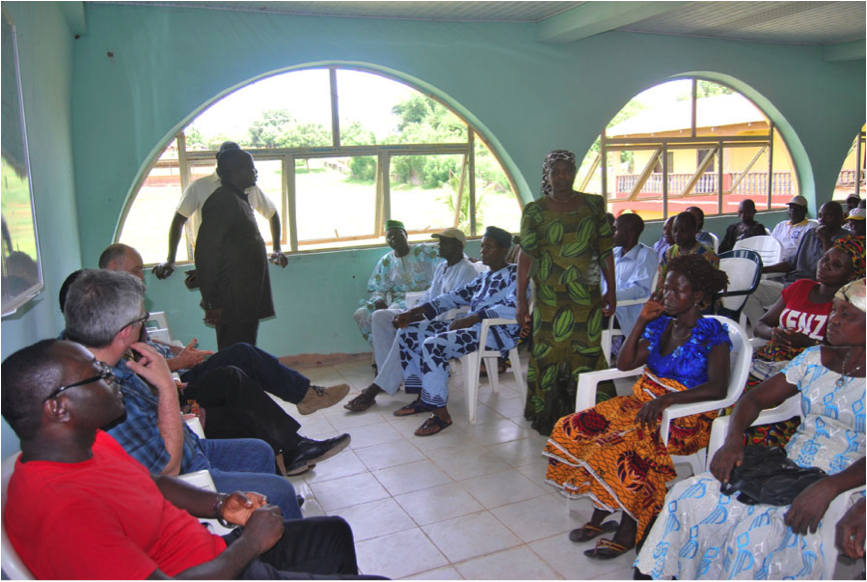 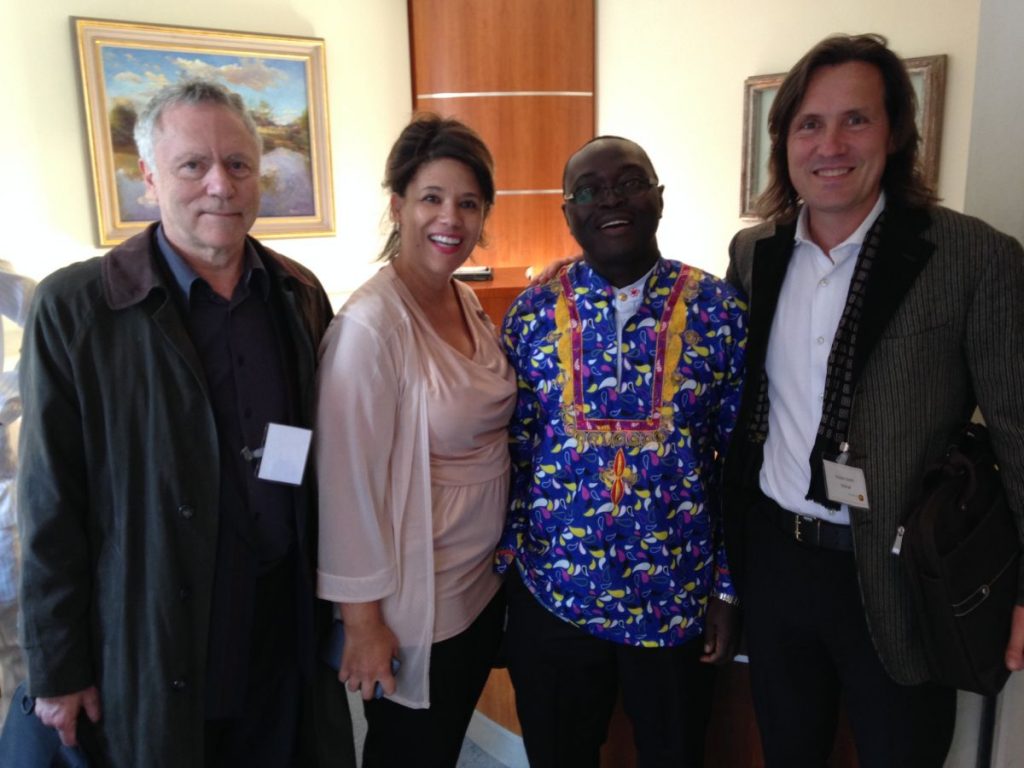 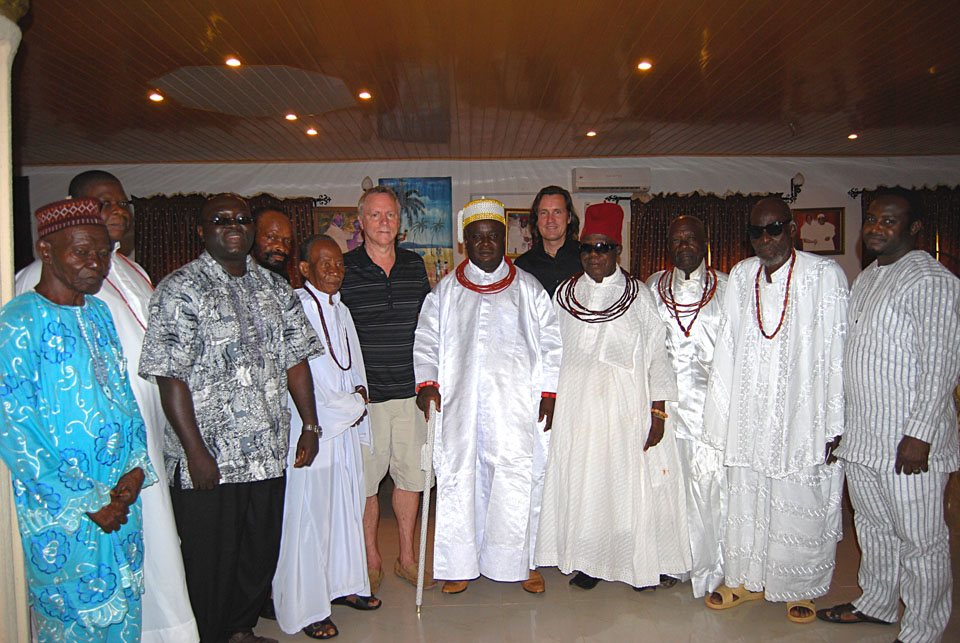 Trans4m Visit at Paxherbals in 2012, here with the King of Ewu 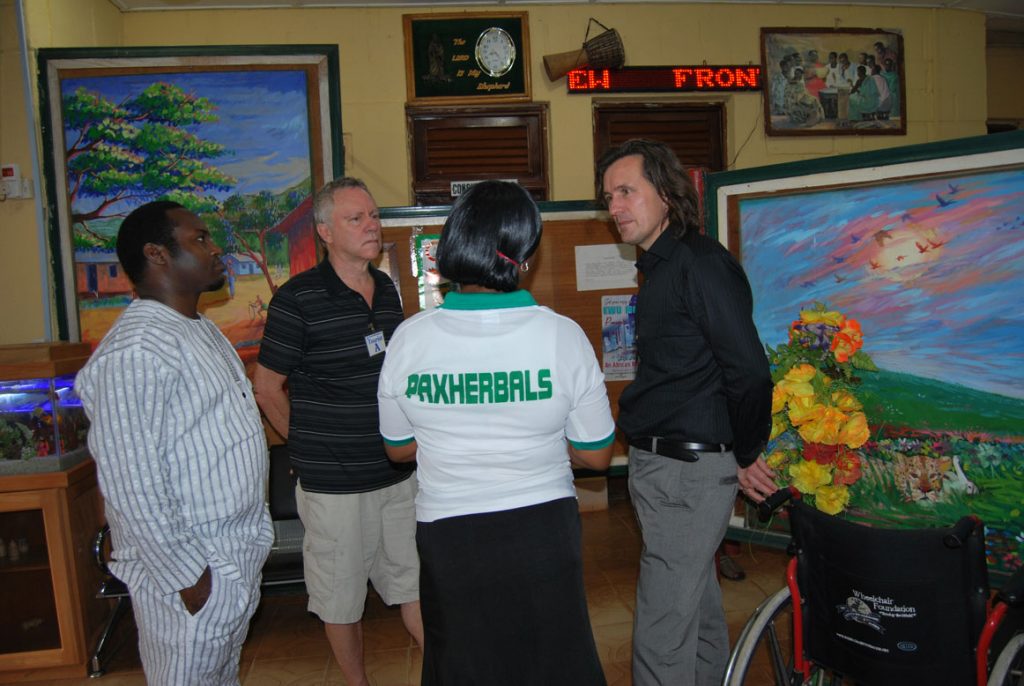