Father Anselm Adodo:
A life-long Focus on Knowledge and Healing

“Monoculturalism, monopolitics and monoeconomics are not only against nature, but also against democracy, for there is not one but many ways of being, becoming, knowing and doing.”

When I came to St. Benedict Catholic Monastery in Ewu, Edo State, Nigeria as a schoolboy in 1987, it was the peace and tranquility of the natural environment that really struck me. My father had diligently worked out my admission to study biochemistry in a prestigious Nigerian university where he was himself a science professor. Meanwhile, unknown to him, I, along with four of my friends, paid an explorative visit to the monastery. We interacted with the monks and spent four days with them. An African proverb says, “The man who beats the drum for the mad man to dance is himself a mad man”. By dinning with these “mad men”, I too had become one. As a child, I had read about monks, and their austerity, discipline, solitude, contemplation and expertise in various fields of human endeavors. In November 1987, I abandoned my university admission and joined the monastery.

The Yoruba worldview in which I was immersed as a child is a world of relationships between the living and the dead, between human beings, animals and spirits, between this world and the beyond, between the physical and the metaphysical, the indigenous and the exogenous. The world of an exogenous, scientific, non-religious father, a holistically-minded, Christian mother, an indigenous grandmother who believed in traditional knowledge systems, a grandfather who was an Ifa Oracle devotee, a firm believer in traditional religions, who later become a Christian convert, without throwing away the traditional Yoruba values. It was within this multifaceted worldview of science, nature, tradition and culture that I grew up. I felt at home being alone in the gardens, the forest pathways as well as in the “forest of books” that was my father’s library. Apart from degrees in philosophy, religious studies and theology, I also forayed into the social sciences where I obtained a M.Sc. in Medical sociology.

My life-long dedication to learning and knowledge creation culminated in my doctoral thesis based on the integral research program of Trans4m and Da Vinci Institute. My integral PhD offered me an avenue to demonstrate that the dichotomy between the arts, social sciences and the sciences could be transcended – in theory and in practice. In theory, through a new African theory on Communitalism that I developed, and in practice through the Integral Enterprise (Pax Herbals) that I founded some 25 years ago, through a holistic community education and development association (EDEMCS) that I helped to bring about in 2015, and through the Africa Center for Integral Research and Development (ACIRD) that I have set up, in close cooperation with Trans4m, in 2016, taking my integral journey to the next (African) heights.

In May 2016, I successfully passed my PhD Viva presentation, as well as the subsequent presentation of the overall Impact of my research-to-innovation with the community of Pax Herbals and Ewu Village.

Currently, I am exploring via ACIRD and together with Tran4m, a close cooperation with Ibadan University, in order to create a program in Transformation Studies, enabling forthcoming Nigerian agents of transformation to embark on the integral journey of transforming self and society. 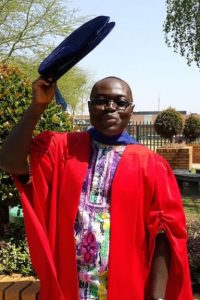 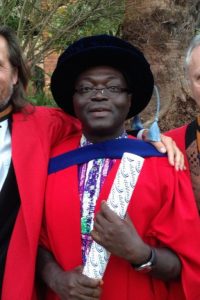 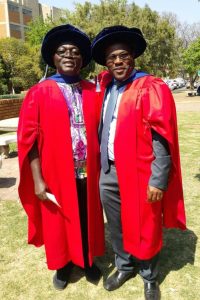 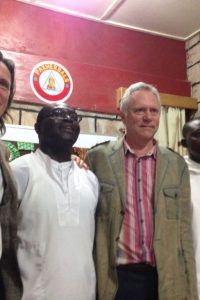 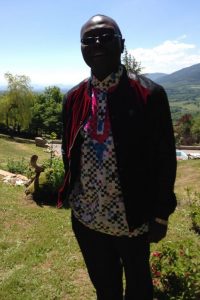 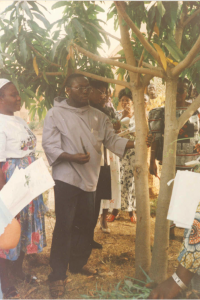 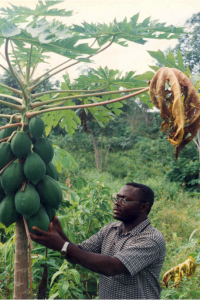 Checking fruits on one of our Paxherbals farms 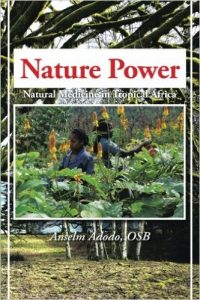