The Integrators: The Next Evolution
in Leadership, Knowledge and Value Creation

What Ronnie Lessem argues in The Integrators is that in the rush to “emancipate” management from its analytical and rationally “scientific” shackles, the powers that be took two significant wrong turns. Firstly they failed to go back to origins, and to thereby root the original enterprise in a diverse spectrum, reflecting the true variety of people and cultures on this planet. Secondly, they failed to follow an integral path of development, from origination (enterprise) to foundation (management) to emancipation (leadership) onto ultimate individual and organisational transformation (integrator/integration). 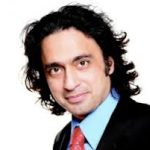 "Challenging the prevailing myth of leadership as an individual activity, Ronnie Lessem makes a compelling and timely case for the "integrator" whose work emerges out of, and transforms the larger ecosystems of organization and society. Deeply resonant with the global challenges of the 21st century, the author has produced nothing short of a tour de force, and this work will rank alongside some of the greatest books on management wisdom." 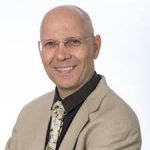 "The Integrators is a fascinating book for managers and leaders within and outside organizations. The spectral management theory, developed by Ronnie Lessem and his colleagues, has a strong potential to help individuals uncover their strengths and qualities, making them better leaders and performers. It offers a new perspective to our understanding of the different ways and different stages of progress individuals follow on their road to leadership and beyond and the impact they make on organizations through learned use of their personal qualities. It is based on inspirational ideas, backed by rigorous academic research that has validated it and manifested its contribution to the scholarship of organizational management and leadership." "As a facilitator of transformational change, in one of the world's largest technology companies, and as a recent graduate of a PhD program in Integral Development from a university co-founded in South Africa by a so called transformational leader par excellence, Nelson Mandela, I am well aware of the need to both incorporate and also transcend leadership, as we now know it, in a transnational and transcultural light. In this book Ronnie Lessem, like myself as an Iranian-German of dual Afro-European heritage, illustrates how the fusion of entrepreneurship, management and leadership leads to a fundamental transformation of each and all of such, a cultural and developmental integration so to speak. In particular due to the exponential spread of digitization in line with disruptive innovation there is a need not only to create new customer value, it requires new values in business, society and leadership to avoid a predator-capitalist downturn. As Vice President of Group Transformational Change at Deutsche Telekom Group I can see that Lessem’s work has significant bearing on our own activities, and can recommend it to those pursuing similar organizational transformations across different parts of the world."

"The Centre for Human Communication, first founded in Torquay in 1972, was a thrilling and magical place to be. Kevin Kingsland adapted the inspiration he received from Christopher Hills and many others in Centre House in London and combined it with an authentic yoga tradition. With a polymath mind he sought to test his understanding through the creation of a centre that would practise what it preached, not just study it. The Spectral Model that we all investigated with him, was used as a map that not only guided our investigations, created our organizations and helped us understand ourselves and our communication with each other, but also began to emerge as an archetypal "model of models". Ronnie Lessem, in this book, shares the result of his investigations of these same functions as they operate within the level of business organizations across the world and how the personalities of their creators and managers create truly successful communities, not just companies. Kingsland’s unique contribution was to inspire a flame of desire for the understanding of something that can be a real guiding hope for the future of humanity. It continues to burn brightly in Ronnie, myself and many others." 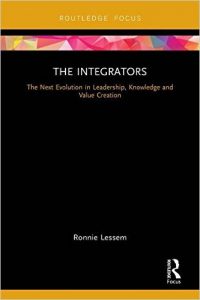 While the evolution from enterprise to management was clear-cut, at least in its singular American context, the subsequent evolution of leadership, individually, was not matched, in practice, by a similarly coherent development of self-organisation-society, ecosystemically.

This is a matter we seek to address here, duly following our trans4mative integral rhythm, from origination (entrepreneur) to foundation (manager), onto emancipation (leader) and ultimate transformation (fully fledged integrator), critically together with the organisational counterparts of each one. We then undertake such for each of eight individually and culturally differentiated kinds of integrator, and integration.

The end result of such a spectral and integral journey will be the cast of integrators, individually, and integration, institutionally, portrayed below, as Egyptian and Basque, Palestinian and Nigerian, South Africa and Sri Lankan, Anglo-American and Anglo-Indian, respectively :

In each of the paired cases, there needs to be a meeting between self and other, as well as between “masculine” and feminine”, most especially at “midlife” in the late 30’s to late 40’s transition, for example interconnecting “masculine” innovator with “feminine” enabler. Such has nothing of course to do with “male” and “female”, but rather has individual and psychological, as well as cultural connotations. For psychotherapist Carl Jung this involved confronting the “shadow” side within you, individually and societally, with a view to enhancing integration.

The book concludes with a full validated and reliability tested Spectral Integrator Type Inventory (SITI), duly color coded, which enables the reader to gauge his or her spectral orientation, at this particular stage of his or her life. Characteristically a person has a “primary type”, and others in support, a full fledged “integrator”, of one type or another, being constituted of at least four such types.