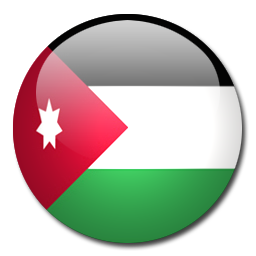 In Jordan, the Trans4m movement has had a long history of co-engagement over two decades. A beacon of hope in the Middle East, we have worked in Jordan with institutions, communities and transformation agents from all sectors of society, with an interlinked perspective on making an integral contribution to Jordan and the Arab World in these challenging times. 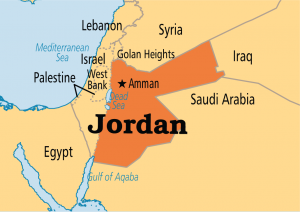 Our roots in Jordan go back to a Masters Program on Social- and Economic Transformation that Ronnie Lessem initiated early in the new millennium, accredited then by the UK’s University of Buckingham. This program, in turn, built upon an earlier Management MBA that he ran at City University Business School in London, together with Team International based in Cairo, duly aligned with kindred spirits in Egypt, Lebanon, the West Bank and Gaza in Palestine, and Jordan.

Over time, Ronnie Lessem and Alexander Schieffer, worked closely with Jordanian senior management consultant Maqbouleh Hammoudeh, who administered the program for many years locally. Later, she joined our PhD program that resulted in a unique concept on Islamic Values and Management Practice, that became the new basis of her consultancy practice, and that got published in our Transformation and Innovation Series.

Leading change agents of the countries, together with their organisations, were enrolled in our masters and then PhD programs which led to a number of remarkable conceptual and practical contributions, such as, for example:

Haifa Najjar, one of the country’s leading educators, and now Senator of the Jordanian Upper House, who also underwent Trans4m’s Masters program, became recently a member of Trans4m’s Global Wisdom Council. The Ahliyyah School for Girls, the school that Mrs. Najjar lead shaped significantly over the past decades, is one of the most innovative secondary education provides in the Middle East – its holistic approach to education, that taps into the potential of young women to become active change agents in their societies, has been strongly influence by the Integral Worlds model. This approach has now been applied to the Bishop School for Boys in Amman, also under Mrs. Najjar leadership. It is this practical application of an integrated approach to education, on the ground, that provided the Trans4m movement with much inspiration for our transformative educational work in other world regions.

Another emerging “lighthouse” in the enterprise field is Medlabs, the region’s largest medical laboratories group – with over 50 laboratories in Jordan, Palestine, Iraq, Lebanon and Sudan. Under the leadership of Medlabs’ Chairman Dr. Hassib Sahyoun and its Vice President (and Trans4m Fellow) Manar Agha al-Nimer, Trans4m is engaged in a long-term project in assisting Medlabs to becoming an Integral Enterprise.

Two of the country’s most transformative intellectuals have been cooperating with Trans4m over many years: Management Professor Adel Al-Rasheed from Jordan’s Yarmouk University and Professor Odeh Al Jayyousi, former head of IUCN Middle East, and, since recently based at the Gulf University in Bahrain. Prof. Al-Rasheed works relentlessly in introducing the Integral Worlds approach, in particular its application to management and economics, to Jordanian students and is currently working on a book (in Arabic) on Transformation Management in Jordan and the Arab World. Dr. Al-Jayyousi, himself a critical economist and experienced ecologist, with a profound understanding of Muslim culture, has contributed a fascinating volume on Islam and Sustainable Development to the Transformation and Innovation Series.