Zimbabwe is envisaged by Trans4m as a phoenix rising out of the southern African ashes. Despite its recent political and economic problems, Zimbabwean individuals, communities and organizations, through Trans4m’s programs, have been contributing in significant ways to the development of agriculture, industry, and information technology, so as to renew the country. 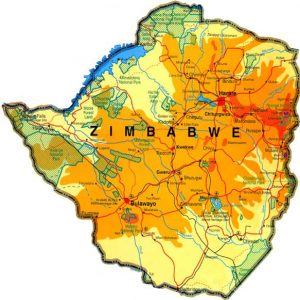 Zimbabwe is the country where Trans4m’s Co-Founder Ronnie Lessem was born and bred, and where, in the past ten years, we have been most intensely engaged – directly participating in many transformative cases, all of them emerging out of our PhD program for Integral Development. A good number of our Zimbabwean co-creators are actively represented at Trans4m Fellows and Senior Fellows. Some of them have built up the Pundutso Center for Integral Development.

A full overview of the collective achievements by a large number of our cases can be found in Integral Green Zimbabwe, a multi-author book, in which we share our collective design of and practical engagement in the co-creation of an Integral Economy in Zimbabwe.

To provide a first flavour we herewith share a couple of those cases. The presentation follows the integral economic design:

For son of the local chief Dr Chidara Muchineripi, also the founder of BTD (Business Training and Development), and HR Director Dr Steve Kada, the starting point was the trauma of colonisation, which had the effect of upsetting the African ecology when foreign methods of farming and foreign crops were introduced by the colonisers. The end result was that the people began to starve in Chinyika. The exogenous crops could not survive the droughts. Although Muchineripi made an attempt to feed the people, he soon realised that such a solution was not sustainable. However, while participating with Kada on a Masters in Social and Economic Transformation run by Trans4m in South Africa, and subsequently participating in our PhD on Integral Development, he was spurred on to find a solution because of his renewed love of his people, of indigenous rapoko, and the African ubuntu/unhu values (I am because we are). In the process of revisiting their agricultural history and roots, Muchineripi and Kada, with the wisdom and knowledge of Muchineripi’s mother, and a democratic process within the community, started to grow the traditional finger millet (rapoko), and the people’s stomachs and granaries started to fill up. The result has been, over a ten year period, 2005 – 2015, the creation of self sufficient livelihoods for up to 300,000 in Chinyika and adjacent areas.

Dr Ezekiah Chasamhuka Benjamin, Trans4m Fellow, has picked up particularly on the African themes of rhythm, spirituality and creativity in his theory and practice of Musire leadership in the eastern part of rural Zimbabwe. He chronicles the rhythm of the African people, which, once internalised, raises consciousness of identity regardless of any subsequent exposures and experiences. This rhythm brings harmony to the African situation and develops from the ecosystem of an African village to leadership potential in big corporations. He terms this Utungamiri Musire (the GENE of leadership). Employing the metaphors of rhythm and dance, Benjamin’s Musire Leadership Model consists of drums, literally and metaphorically in all four worlds, for him in the South (rhythm and dance), the East (self sacrifice), the North (communication) and the West (celebrating success), in an attempt to encourage each world to employ its own harmonies for the common good. This results altogether in the GENE of leadership, grounded in rhythm, emerging through sacrifice (letting go), navigating through information and communication, and effecting victory, crystallised in a condensed sound of hi-breed drumbeats at the centre.

Pundutso, whose research focused more on bringing solutions to the enterprise, through combining technological with more specifically social innovation, via their PhD’s. Three mature Zimbabwean reflective practitioners, all of them Senior Fellows of Trans4m – Dr Passmore Matupire as a formerly chairman of the publicly listed company Art Holdings has focused on Ubuntu Leadership. Dr Liz Mamukwa as formerly Human Resource Director of Turnall Holdings, co-evolved their Calabash of Knowledge, and Dr Josh Chinyuku as Managing Director of Astra Paints developed an Industrial Ecology. Today they are also joined by Andrew Nyambayo, a senior executive from Econet. Their aim, altogether, has been to try and transform the way businesses are run in Zimbabwe, through integral leadership, knowledge creation, industrial ecology, and information technology, as four factors that have the potential to renew both Zimbabwean manufacturing industry and also rural communities.

Sustainable Development via a Life-based Economy

In Zimbabwe, in recent years moreover, the erratic electricity supply has resulted in a higher demand for firewood for cooking, resulting in the increased cutting of trees with no plan for replacement of such. Veldt fires have also been a menace. The results have included silted rivers, poor quality water and poor soil sanitation, leading to propensity towards flooding. Dr Mark Marombedza has then promoted permaculture as a desirable solution to some of these problems, as it is an integral land use design, drawing in particular on examples from neighbouring Malawi. Marombedza further evolved such with his research group of high school students, St Vincent Boka Rokutsvagurudza, by planting indigenous trees and herbal plants for medicinal purposes at Makumbi Mission. This has had potential to influence the school curriculum, making a contribution to Lifelong Education. Perhaps the most incredible outcome of this project lies in the number of young people who have been conscientised into doing something about restoring the environment.