Integral Nigeria: From CISER and ACIRD
to an Integral Societal Perspective for Nigeria

The by now largest economy of Africa is becoming an increasingly important player in the Trans4m movement. With two centers established on the ground, one in the capital Lagos, the other in rural Edo State, strong integral impulses have already been developed in particular with regards to economic renewal, integral banking, and holistic enterprise-in-community perspectives and practices. 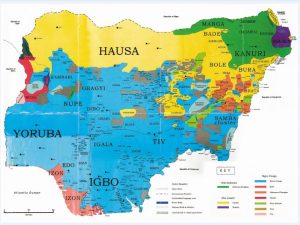 It was the, then, young developmental banker Dr. Basheer Oshodi who fully opened the Trans4m chapter in Nigeria, when on the day of his PhD Viva in Lagos, in 2013, together with his colleague and mentor the Hon. Ade Adegbenjo, he inaugurated the CISER Center for Integral Social and Economic Research. Oshodi and Adegbenjo were driven by the motivation to contribute to the renewal of the Nigerian economic and financial system, in an authentically Nigerian way, in order to address dramatic inequalities in his country – where the vast majority of the population is excluded from economic wellbeing.

They understood, that the source of renewal had to be found in the rich cultural resources of Nigeria and Africa that had been oppressed since colonial times. For Oshodi, without the reconnection to the triple heritage of Africa – indigenous, Muslim, and Christian – a true African Renaissance would never be able to take place. Based on this PhD research-to-innovation Oshodi published, within our Transformation and Innovation Series, the acclaimed volume on an Integral Approach to Development Economics. By then, his fellow CISER Founder, Ade Adegbenjo had tragically died in an accident – nevertheless his spirit and passion for the value that African culture can bring to the global table, has never left CISER.

Oshodi was soon joined by other agents of transformation, in particular from the Nigerian Banking Sector.

Akeem Oyewale joined CISER in 2014, together with Folusho Titiloyle. Both of them are senior bankers in Nigeria’s Standard Bank. While Oyewale focused on youth entrepreneurship, Titiloye is drawn to the renewal of education, in African guise, seeing it as the primary foundation for a fundamental – and much required – change in mindset. For him, a new approach to education, grounded in the socio-cultural realities of Nigeria, is needed in order to turn it into a key contributor to socio-economic impact.

In 2015 then, two brothers Jubril Adeojo and Yusuf Adeojo joined the team. Both of them originally upcoming executives with Standard Bank, they have since moved to Nigeria’s Heritage Bank, in and through which they actively pursue, together with colleagues, their passion to develop a new approach to integral banking, with a particular view to financial inclusion of rural Nigerian communities, on the one hand, and to combining African approaches to entrepreneurship with culturally and contextually rooted financial tools for community banking, on the other hand.

The integral Nigerian perspective got significantly enriched, when Father Anselm Adodo joined Trans4m’s PhD program. Adodo, a Benedicine Monk, philosopher and successful entrepreneur, had not only built up Paxherbals, Nigeria’s leading manufacturer for medicinal products based on African Traditional Medicine, he has also developed into a nationally recognized spokesperson for knowledge creation in and for Africa. In that spirit, he used his PhD to articulate and further evolve the integral enterprise-and-community model underlying Paxherbals. Further, he initiated a community development initiative called EDEMCS, in Ewu, Edo State, and ACIRD – the Africa Center for Integral Research and Development. All of that has been framed by a new theoretical model, developed by Adodo, which he calls Communitalism, and which he sees as an African alternative to Capitalism and Communism.

Both CISER and ACIRD are working increasingly together, preparing jointly the ground for an Integral Nigeria.