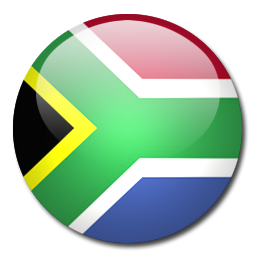 “I feel a co-evolutionary biophilia consciousness is needed as the human animal has become so destructive and disconnected to other living beings (other animals, plants, nature). Eco-feminism takes this further, linking it to many systems of oppression that is mutually reinforcing… this calls for ongoing deeper healing needed on all levels to bring about change and transformation.” 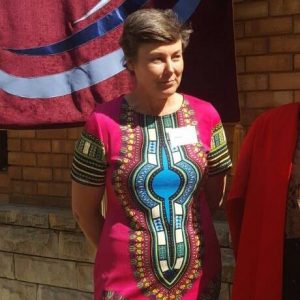 “The greatness of a nation and moral progress can be judged by the way its animals are treated.” Mahatma Gandhi

“Our task must be to free ourselves from this prison by widening our circle of compassion to embrace all living creatures and the whole of nature in its beauty.” Albert Einstein

I was born in the midst of Apartheid SA beginning 1970 and was brought up in a pathological Christian worldview under the Afrikaner political system.

I am also a survivor of childhood sexual abuse and these experiences have subconsciously formed me to explore and look for options around sexual healing. Contrary to the popular belief that almost all whites in SA had a privileged upbringing – especially if you are from an Afrikaans speaking background, as I am – Mom only had a standard seven school level education and Dad only got his matriculation (Year 12) when my elder sister did hers to be able to assist her. They would have loved a better and more relevant higher education for themselves in order to escape the cycle of poverty and indoctrination. They therefore dedicated their whole lives to provide that opportunity to my sister and myself.

The collective guilt of apartheid and the compulsory Christianity that my mother felt I had to be schooled in, has pushed me since the mid 1990’s to explore alternative and contemplative spiritual practices, particularly drawing on Eastern traditions. The journey included exploring and practicing Buddhism, Taoism (Tai Chi, Qi Gong), Hinduism, Yoga, various meditations as New Age, Art of Living, Brahma Kumaris, Transcendental Meditation (was trained as a TM teacher), Tantra and Goddess spirituality.

The passing of my dad while away in Ireland and ill health of my mother, moved me to return to SA in 2005 as well as the SAD syndrome of Europe’s weather.

After mom passed in 2010, I had my first experience of dominant Islamic culture that gave me some insights into the spectrum of traditional Muslim practices while in Malaysia.

Thereafter, my first international experience, made possible by a three year international UNESCO Research Studentship in Northern Ireland at the University of Ulster (late 2000), and thereafter 18 months independent research on creativity and educational development in Ireland with the Pushkin Trust, expanded my views and awareness on social cohesion, belonging, identity, global citizenship, religion and creativity.

Back in South Africa, I worked for CIDA City Campus that gave tuition free higher education opportunities for disadvantaged youth. Then I was a faculty member of Ronnie Lessem and Alexander Schieffer’s Masters in Socio- Economic Transformation, set up and managed the student affairs counselling services and co-ordinated the Transcendental Meditation programmes. In the process, I became familiarized with the Trans4m GENE Pool, as it was called at the time, early in the new millennium, and began to connect it with my own approach to building social cohesion.

Thereafter, I took an opportunity at a new university in the North of Malaysia for two years as of October 2010 to set up and manage their student affairs department and programmes at Albukhary International University.

Back in South Africa since then, I am lecturing in Social Work and Community Development at the University of Johannesburg. At the same time I am writing a book for the Routledge, Innovation and Transformation series, which will be published in 2018, on Social Cohesion form an Integral “Four World” perspective.

At this link, you can find sample conferences presentations and publications, illustrating my research work.

During my stay in Ireland I also coordinated a weekly Soul at Play Mediation Group.

I continue to try to introduce Trans4m’s approaches GENE, CARE and 4C in the Community Development Honours programme of the University of Johannesburg

Here are a couple of further research-to-innovation themes I am integrally engaged with, with a view to further Contributions: