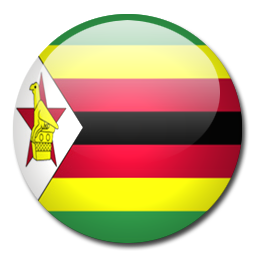 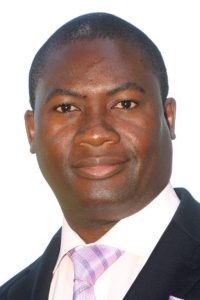 I was born in the Mufakose Township, south west of Harare, capital city of Zimbabwe, to financially-deprived Malawian immigrants. In my childhood, I turned all my frustrations to books and religion (Catholicism) albeit being marked with abject poverty and exposure to vagrancies of ghetto life at an early age.

MaPhiri, as we affectionately called my mother, had the most positive indirect addition to the family income; hence I still regard her as the most industrious person I have ever met. Being domiciled in the township of Mufakose, my mother resorted to peasant urban farming. It was always the case that she cultivated more than enough for the family. But she could not sell the excess, because she didn’t have access to the market. Only if we had a ready market, we could have improved the family’s livelihood by selling the excess. The hard work was never rewarded.

I have traversed my professional life as an engineer, project manager, manufacturer, industrialist, entrepreneur and general manager. Most recently, I have found meaning and purpose in my life as a social innovation scientist in the area of agriculture; more so even as a scholar of the Trans4m Da Vinci PhD program on Integral Development.

Co-creation of Best Fruit Processors (BFP) opened up new potentials, opportunity and possibilities, an opportunity and platform to work in the community, with the community and for the community. Now I was tasked to build an organization which was well placed to touch the lives of many people through its value chain, especially the agriculture aspect of the business. Embarking on this integral journey is a great step towards realising that life is a dream. I believe our continent and in particular Zimbabwe has massive potential to transform and ‘catch up’ with the rest of the world in as far as sustainable development is concerned. One area with such potential is in small scale agribusiness management and in particular horticulture. 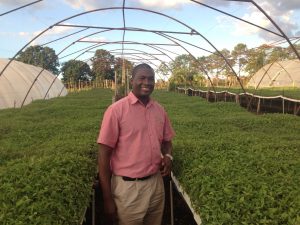 Currently, my role is to general manage the agro processing concerns of Best Fruit Processors. Part of my responsibility is to come up with workable and sustainable models for out growers who supply our business with fruits such as tomatoes, mangoes, guavas, oranges and lemons. The out grower base include commercial, middle scale and small scale farmers. Déjà vu Maphiri, a small scale farmer, although urban in her case, is an example of many of our people, who battle to make ends meet despite their industriousness and abundance of land resource. How can the imbalances be corrected and bring harmony to our people.

The hunger to see change resulted in the birth of the Centre for Integral Enterprise named ‘Mugove CIEA’ and pronounced as “MUGOVE-SIYA”.‘Mugove CIEA’ (Centre for Integral Enterprise – Agriculture). Mugove in Shona, ‘SIYA…’ means to leave a legacy for the future generations. Mugove CIEA is ‘Energising / Re-awakening / Re-sustaining local agriculture’ to secure sustainable livelihoods. Small scale farmers are contracted to grow agricultural crops in the irrigations or open fields. They then supply their produce to corporates for further processing into various consumables.

From the east the sunrises and sunsets in the west,
The other way is but a lie.
Arise Zimbabwe arise
Spring-forth from the ashes, like a phoenix rising
The world is watching,
Watching as if it cares!


CARING from within indigenous Zimbabwe
Exogenous are but capitalist.
Looking for profit ahead of humanity
Awaken community of integral developers
Raise the integral consciousness.

Zimbabwe is open for business,
Whose business but theirs?
Awaken Zimbabwe and arise
Gold, platinum, mineral resources
Are just but a means to the end.

The end is the beginning
Isu vanhu the people of Zimbabwe
You are because I am
Of rich traditions and culture
Together our destiny is in our hands.
Muka, vuka, the people of Dzimbabwe
It’s time for the world to notice
Not the bad but the good within
All coming from within
Inguva yedu – now is our time.
Arise Zimbabwe arise.