Integral Kumusha: The traditional African Homestead as Starting Point for the Renewal of the Zimbabwean Economy via Nhakanomics

18 April 2018: This report from Zimbabwean Trans4m Fellow Daud Shumba Taranhike illustrates how Trans4m’s research-to-innovation processes also serve to revitalize local economies, by tapping deeply into the wealth of culture and heritage of a society.

It was on 18th April 2018, on Independence Day for Zimbabwe when Ronnie “Samanyanga” Lessem, Elizabeth Mamukwa, Reverend Tom Jackson accompanied Trans4m Fellow Daud/Shumba Taranhike to Buhera, his home area in rural Zimbabwe. Buhera is also the original home of Ronnie Lessem where his grandfather Aaron, his Father Abraham and his uncle Jack settled among the black Africans and traded with them under their trading name “African Trading”. This was a home coming visit for him as he was able to physically see the remaining infrastructure from the time when his family conducted a prosperous business within the area. Although the business is no longer in operation and a local citizen has purchased the place, the place is still famously known as “KwaJack” meaning Jack’s place. 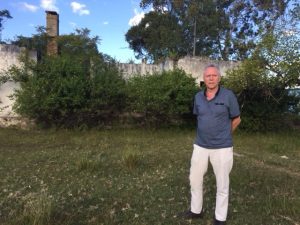 The Lessems then stayed at the place where they had a big warehouse which they used to store the grain that they bartered with the locals with merchandise from their big store. They had a milling and packaging operation which they converted the grain into mealie meal which they then sold to the locals while the remaining grain they would sell to the Grain Marketing Board as it was known in those days. They had a big residential place and a housing complex for their workers. The place would get water from an engine driven borehole which was sunk close to the river about a kilometre away with underground piping supplying water to the complex. This place was their Kumusha (homestead) and also their business operation providing for their livelihood, hence creating a vibrant economy within the community they lived. 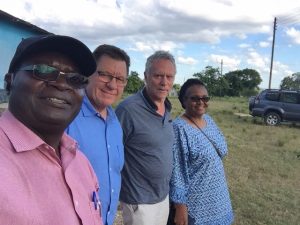 Some 40km or so from KwaJack is Daud/Shumba’s homestead (Kumusha) and the local school which he attended up to primary level which includes a secondary school. Daud/Shumba and his wife Christina are in the process of developing a new concept coined Integral Kumusha as they have been working from an old homestead which they inherited from Daud/Shumba’s parents. A cemetery with the graves of Daud/Shumba’s parents and grandparents is secured and well maintained with lawn, plants and flowers continually reminding them of their inheritance (nhaka). In this way, they are maintaining their inheritance (nhaka) which they value and cherish very much. Instead of deserting the old homestead and relocating themselves to Zimbawbe’s capital city Harare, where they operate their three business enterprises, they have remoulded their kumusha into an integral place by improving the features similar to a modern place just like the one found in an urban setting with a potential to serve their community, thereby improving the local people’s livelihood. 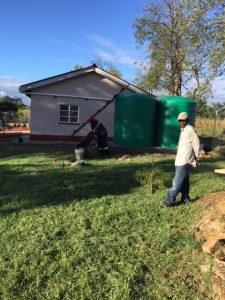 The homestead has electricity being generated from the solar system providing all the necessary energy to run appliances such as fridges, televisions, laptops, etc. They drilled a borehole which supplies water throughout the whole year and the water is pumped into overhead storage tanks using a solar driven submersible pump. They have also installed a roof water harvesting system whereby rain water is captured and used rather than losing it. They are harnessing the solar energy which is renewal energy with the goal of preserving the environment thereby creating positive nhaka for future generations. They have installed a drip irrigation system on a half a hectare plot which currently has green mealies but is earmarked for an intensive horticulture project which will supply the community with vegetables and can supply the fast growing Murambinda rural town (growth point). They also have a thriving free ranker chicken (road runners) project. The entire property is securely fenced and gated and they have planted hedge right round the property. The other features of the homestead are the orchard with different fruit trees, a conserved areas growing both indigenous and exotic trees with a small stream nearby. This year, despite the dry spell which affected crops within the area, they have a healthy maize crop where harvesting has started in the areas that were planted earlier. 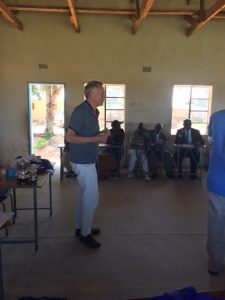 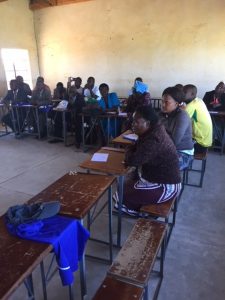 As part of his PhD research-to-innovation journey, Daud/Shumba is working with his community and the nearby schools to develop the area as a way of building and preserving nhaka for future generations. Therefore the ultimate goal is to create a vibrant nhaka economy which he has termed nhakanomics by including his business enterprises, hence the title of his thesis “Integral Kumusha: Towards a Nhaka Economy (Nhakanomics)”. Nhakanomics is anchored on the African social cultural way of life grounded within nature and the community, drawing on the African culture and spirituality, through an African team approach called “Nhimbe’ building social capital and creating knowledge, leading to creating sustainable livelihoods among the local people. 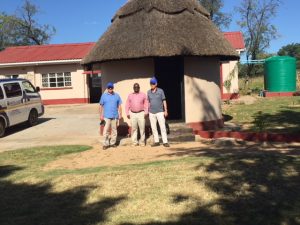 Plans are underway to engage universities within the province in order to create a strong research academy which will see the community developing into a great economy which should impact the national economy with the ultimate aim to take the concept to other parts of African and the globe by effectively blending the indigenous with exogenous knowledge and practices. The vision is to create a local nhaka economy which will be exporting products to other countries thereby earning foreign currency, with a strong internet and technology driven facilities providing a good market for other companies in IT, manufacturing and other services such as banking, etc. Hence the strong conviction that with corporate sponsorship this can become a hub for rural and economic transformation. This will be supported by a strong nhaka research institute which is in the making and will involve other researchers with the potential of getting strong corporate sponsorship to take this nhakanomics model from local to local-global to global and ultimately global-local following the Integral Worlds Approach  and the GENE as advocated by Lessem and Schieffer (2010). The aim is to release the GENEius of self, organisation, community and society by CAREing for the entire ecosystem.

This is more than just a normal rural home as they have integrated it with the ecosystem and their business enterprises hence the term “Integral Kumusha!” In some way this is just like KwaJack. Daud/Shumba and Christina started developing the concept without good knowledge of how the Lessems lived many years ago. 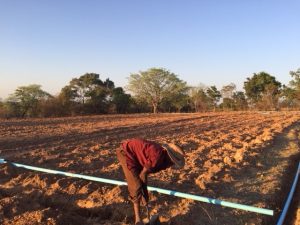 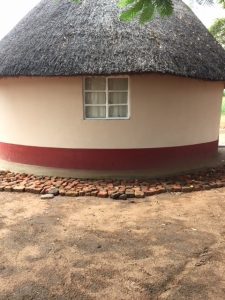 « “CARE 4 YOUR SOCIETY”!: Apply for our groundbreaking PhD Program on Integral Development » Integral Dialogue and Integral Arts Laboratory at Trans4m’s Home for Humanity