24 May 2021: Daud “Shumba” Taranhike is officially awarded with his PhD on Integral Kumusha and Nhakanomics.
We let Daud share the story and main outcome of his PhD which was supervised by TRANS4M’s co-founders Ronnie Lessem and Alexander Schieffer, in his own words: 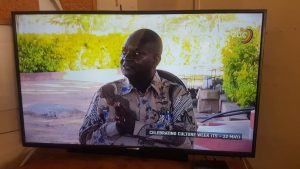 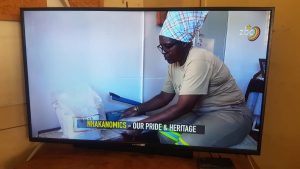 The Integral Kumusha is now promoting both indigenous and exogenous knowledge and how to marry them to enhance livelihoods being spearheaded by the Mai Chimuti Brand which refers to the marginalised rural woman. In the African home setting, the woman plays the crucial role – hence the Shona adage “Musha Mukadzi” which means the woman makes the home.
Instead of selling raw produce, the Integral Kumusha has started processing them using appropriate technology to enhance value. This has led to a stage where it has become necessary to establish a research centre or academy that supports the generation of knowledge and that helps to address key issues that affect our community and the nation. Thereby, we are going beyond the conventional schooling approach but work in collaboration with a number of researchers and research institutions or universities.
The enterprise side of the Integral Kumusha involves the marketing and selling of the products in order to generate income. The people within the community are employed at the Integral Kumusha, engaged in diverse activities, and earn the money to sustain their families. This is helping to redefine employment where people used to think that it happens only in urban areas.
As a whole, the Integral Kumusha provides a holistic and integrated approach in rural development and enhancing livelihoods, starting with the traditional homestead within the community, living in harmony with nature while promoting our culture and improving knowledge co-creation through science and technology and using the Integral Kumusha as an enterprise to generate income for the home, the community and the nation at large.
When extrapolated to a macro or national level, the Integral Kumusha concept or approach paves the way to what I coined in my research “Nhakanomics”. Nhakanomics is emerging as the alternative of the neo-liberal economic system which for a very long time has been viewed as the universal one size fits all approach. Nhakanomics is a new form of an economy which is anchored within the traditional Shona practice of creating legacy or inheritance in an integral way.
Together, through the approaches to Integral Kumusha and Nhakanomics, we are co-creating a legacy of prosperity, pride and dignity for future generations. At the same time the research outcome is helping to bridge the rural/urban, tradition/modernity, public/private, poor/rich, racial and social divides and promotes the rural migration for the majority of people to be where they belong and where are grounded.
The Integral Kumusha and Nhakanomics theories and practices have attracted local and international attention as evidenced by the visits of many people, the various documentaries being featured on national television, radio series on the Integral Kumusha on Classic 263 and the collaborations and involvements with international organisations such as the Communiversity Associates being led by Professor Ronnie Lessemm the Home for Humanity Global Community and the St. Gallen University course on “Reshaping International Development”, being facilitated by Professor Alexander Schieffer.
In summary, the research outcomes of this extraordinary PhD Journey, are contributing positively to enhancing the body of knowledge and promoting better livelihoods for the majority of people who have been perceived as poor and marginalised, especially in rural communities. And huge opportunities for further development and prosperity are awaiting us – and met by our commitment to pursue them, in service of rural Zimbabwe, our country, Africa and the world.”
As a global TRANS4M community and Home for Humanity Family, which Integral Kumusha recently officially joined, we celebrate wholeheartedly Daud’s “integral achievement”.
The PhD programme is a cooperation between the South Africa based Da Vinci University and TRANS4M Academy for Integral Transformation (the latter being a key institutional pillar of Home for Humanity).
More