Daud Shumba Taranhike is the creator of the theory and practice of the Integral Kumusha which is a holistic transformative approach to liberate the majority of the African indigenous people who live in the rural communities in Zimbabwe and within other African countries. The rural communities are considered as places for the poor, the uneducated and the marginalised and hence productive people migrate to the urban areas in search of employment and better livelihoods. The research to innovation developed a socio-economic model that is anchored on the indigenous African cultural practices blended with exogenous knowledge and practices to help transform the rural rural communities towards self-sufficiency and allow the people to actively participate and contribute in the national mainstream economy. As a result, the research has started promoting rural migration and bridging the common rural/urban, poor/rich, traditional/modernity, public/private and racial divides that have been in existence for many years. This innovation resonates with the majority of the African people and has provided a unique integral rural enterprise as an alternative to the Western corporate firm at a micro level and an alternative economic system to the neo liberal economic approach at a macro level, which has been termed Nhakanomics which is an economy based on legacy (nhaka in the Shona language) and integrality.

Calling: Creating a legacy (nhaka) of self-sufficiency and indigenously anchored system for the benefit of current and future generations. 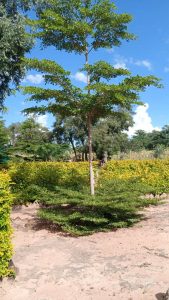 The critical challenges facing rural communities in Zimbabwe and other African countries are abject poverty, hunger and marginalisation. This has been caused by the lack of a socio-economic system that is anchored upon the African traditional cultural practice which the majority of the people can relate to and are able to fully understand and exploit for their benefit. As such, poverty is handed over from generation to generation and a dependency mentality has been created and is being reinforced through giving of handouts by donors, non-governmental organisations (NGOs) and government. There is a great need to reverse this trend and transform the rural communities to become self-sufficient and economically empowered. Therefore, the burning desire is to create a legacy or inheritance through transforming these poor communities into vibrant economic zones and thereby leading to strong Zimbabwean economy and other robust African economies as a legacy (nhaka) for future generations.

Innovation Ecosystem: The local Buhera Community actively participated in the research to innovation and the traditional Village Head as the Steward.

The research to innovation involved the Buhera Community, local traditional and political leaders and other interested co-researchers from the outset of the research. The Mukoto Village Head, Mr Mahachi who is a retired school Headmaster and educationist for over 65 years was the steward since the beginning of the research and he was passionately engaged throughout the entire research process. My wife Christina who totally bought into the innovation became one of my key co-researchers and had to relocate to Buhera so that she could apply and implement the integral kumusha research concepts and outcomes on the ground. The research also included the Traditional Grains Producers Association (TGPA) Chairman Mr Basil Nyabadza and his executive team. The innovation ecosystem actively participated during the Co-operative Inquiry process as part of gathering, presenting and analysing data and developing the innovation evolution process while Daud Taranhike and Trans4m catalysed the overall innovation process.

The research to innovation process used the integral research approach. This is part of the Trans4m’s Four Worlds approach which Taranhike used to differentiate and integrate the strengths of the different four worlds of South (nature and community), East (Culture and Spirituality), North (Science and Technology) and West (Economics and Enterprise). The Co-operative Inquiry (CI) as the Action Research Methodology was used for this research.  The research activated the integral renewal of the African traditional homestead (Kumusha) as well as the Buhera Community in order to transform the traditional homestead into an economic entity incorporating nature and culture bringing in the technology and enterprise reach. This is a unique enterprise in that it involves all aspects of the integral approach unlike the western corporate firm which involves technology and enterprise bereft of nature and culture.

Together with innovation ecosystem, Taranhike developed the theory and practice of the Integral Kumusha and nhakanomics based on the four aspects of the indigenous African cultural way of developing legacy and inheritance. These four aspects include relationships (ukama) in the South, stewardship (utariri) in the East, teamwork (nhimbe) in the North and wealth creation (upfumi) in the West. As such this resonates and fits perfectly well within the mind frame and culture of the indigenous African people. This new entity (Integral Kumusha) although anchored on the indigenous African cultural practices, it is blended with the exogenous knowledge which makes it a robust and holistic rural enterprise that transcends cultural, traditional and business boundaries. 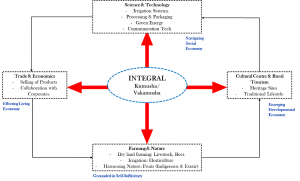 The Integral Kumusha model incorporates all the aspects of the four worlds and the GENE (South/Grounded, East/Emergence, North/Navigation, West/Effecting) which gives it the integral perspective where; the South involves farming and nature, East Culture and traditional African lifestyle, North drip irrigation system, communication technology and processing and packaging of products, West selling of the products and the economic activities at household and community levels.

To ensure that the innovation can be implemented in different places, Taranhike together with the innovation ecosystem developed the Integral Kumusha Innovation Evolution Approach. This helps the model to be replicated at different sites and by different people. The innovation evolution cycle is shown in the diagram below.

The evolution cycle begins with the traditional homestead (musha in the Shona language) which is located in the South and grounded in nature and community. Through research and innovation, the traditional homestead is transformed into an Integral Rural Enterprise (Integral Kumusha). This transformative process emerges in the Eastern realm of culture and spirituality thereby navigating the Northern realm of knowledge leading to co-creating an Integral Economy based on the nhaka approach and finally effecting the community by creating an integral rural enterprise which has been specifically termed Vakamusha. 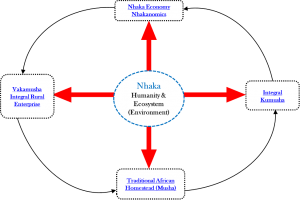 The impact of this research to innovation is that it brings humanity and the entire ecosystem together thereby creating a legacy for future generations. This is so important because for a very long time, businesses and communities have ignored and forgotten the environment and this has resulted in serious negative consequences shown in the form of climate change. The environment is now fighting and reacting to the negligence and abuse by people over the years. So, in this research to innovation, focus is to promote harmony between humanity and the entire ecosystem.

Extrapolating the Integral Kumusha model at a macro level, it leads to the creation of an Integral Economy which has been termed the nhakanomics. The nhakanomics is substantively built on anthropology, sociology, psychology, management, economics and business studies making it transdisciplinary in nature. At the same time, it follows the GENE rhythm Grounded nature and community, Emerging in culture and spirituality while Navigating science and technology and Effecting economics and politics resulting in what has now been termed policonomy. This is an area requiring further research and development together with likeminded researchers and educational institutions. 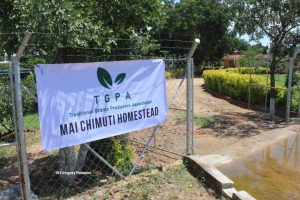 Taranhike’s research to innovation has transformed and developed the Buhera Community into an economic zone that is impacting people’s lives and livelihoods where poverty, hunger and marginalisation is being eradicated among more than 250,000 people living in Buhera by providing employment for the local people and also opportunities for creating their own integral kumusha. This transformation has caught the attention of different stakeholders and other people who are now constantly visiting the Integral Kumusha which has become the model of rural development. The innovation has now become a national model and is being featured in different National TV programmes in order to encourage and inspire other people to transform their rural homesteads and promote rural migration.

Working with the Traditional Grain Producers Association, the Integral Kumusha has ushered in a new perspective to rural life and thereby transforming other rural communities in Zimbabwe. To date, the innovation has been replicated in each of the 4 rural provinces in Zimbabwe, in Manicaland, Mashonaland East, Midlands and Matabeleland South. Plans are under way to have similar initiatives in Mashonaland Central, Mashonaland West and Matabeleland North. The final stage of this initiative to impact the economy at a national level through schools and universities thereby creating a fully fledged integral economy, nhakanomics.

In order to ensure continuity and sustainability, the research ecosystem has constituted the Buhera Communiversity. This is an evolution which ensures that the education system takes into account the community and respect and apply indigenous knowledge. The communivesity approach brings together the traditional educational approach and indigenous knowledge while at the same time having inter-generational approach so that the young generation is not left out from this. This will confirm the whole concept and underlying indigenous African concept of creating legacy (nhaka).

The Integral Kumusha through Taranhike has subscribed to be part of the Home for Humanity and collaborate in International Development programmes together with other five different cases in five continents. 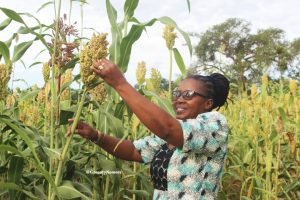 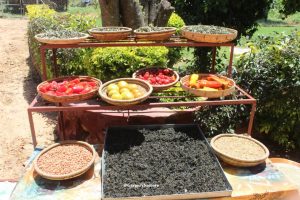 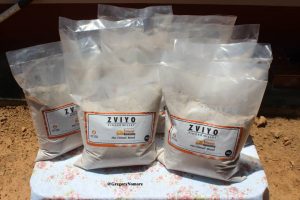