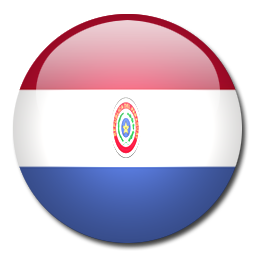 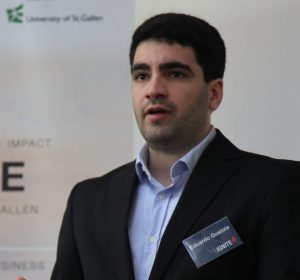 "Taking time to rethink your impact and work is not always easy, that is why Nora's leadership with the innovation ecosystem is so important for us. She has managed to trigger a change process that is essential in our path to becoming an organisation with a truly integral approach. The research to innovation has proven very valuable not only for her, but for us and the students by being able not only to do research, but experiencing and impacting at the same time and most importantly, doing it together." 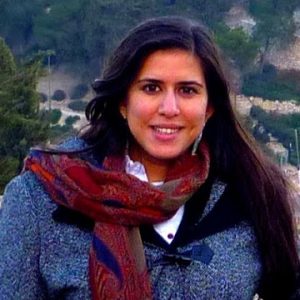 "Before Nora came to Paraguay, we were a bit unease about what to expect regarding the application of the Integral Development Theory in our school program. We appreciate her patience in explaining the process and her flexibility during her stay in Paraguay. She walked us through the Integral Development Theory and developing the ecosystem for our Financially Self-sufficient School model. We are proud to be identified as an example of Integral Education."

There is a deep calling on the global level for educational reform. Slowly, we have come to realise that the Western approach to education has become obsolete and insufficient in a connected word in which not only knowledge is easily accessible but also the value systems are losing their ground. In the spirit of Integral Development, we also have to see that this educational approach was rooted in a very particular cultural and historical context, and therefore cannot, should not, be applied or even forced upon communities embedded in an entirely different environment. We are looking around the world for good ideas, new techniques and initiatives, that we can draw lessons from in order to create a different educational system that fulfils a broader purpose: “educating the mind without educating the soul is no education at all” (Aristotle). This is at the same time a necessary change to empower future generations to address current and upcoming challenges on a global scale, and also a powerful vehicle for the transformation of lives and the development on a local one.

Fundación Paraguaya’s educational model of self-sustaining schools was not born to reply to this challenge. Indeed, it started because of the necessity to find a way to finance the schools in order for it to be accessible to the rural poor kids it intended to educate. However, they embarked on a deep explorative journey, and as the model was continuously improved over the years, it was also replicated in more than 30 countries. With the Integral Worlds approach, this research-to-innovation, led by Nora Wilhelm, tries to shed a different light on the model, and bring out what truly makes it such a social innovation and gives it the transformative impact it undeniably has.

Innovation Ecosystem: From Cerrito to Mbaracayu – From Paraguay to Switzerland

Together with an innovation ecosystem composed of Eduardo Gustale, the founder Martín Burt, several additional people in different positions within Fundación Paraguaya, Alexander Schieffer, and a group of students from the University of St. Gallen working on the case within the the Integral Development class and a group of individuals working at the school itself (such as the director, professors, former students), Nora embarked on this new journey. As she was set to work with two schools, Cerrito – where the model is born – and Mbaracayu, that are geographically very far away from each other, the innovation ecosystems for both remained almost the same, except for the facilitators, who in both cases were then the director, professors and other people involved in the school’s work.

Nora spent around two weeks in each school. The first days of her stay would always be a time of observation, during which she visited the school, joined as many classes, both practical and theoretical, as she could, and participated in all aspects of the students’ daily life. After having individual interviews with each member of the innovation ecosystem as well as additional people from Fundación Paraguaya and a number of students, three workshops with the facilitators and Melissa (a key catalyst) were held. The first one was dedicated to going over the theoretical approach and process again, before focusing on the individuals within the innovation ecosystem. They reflected and drafted their personal maps as agents of transformation, which they then shared with the group. This allowed them to understand the variety of perspectives, life paths, purposes and energies within the innovation ecosystem, and to discuss how these were aligned with the purpose of the school. During the second workshop, they started with a ludic activity to highlight the importance of open communication and teamwork, before drafting the first model detailing the student’s transformative journey during the three years spent at the school. Step by step, using guiding questions and inspirational input from the Integral Development approach, they put it together.

During the last workshop, they then created the model of the school as an institution, showing which formal and informal elements characterise the school and allow it to fulfil its transformational purpose. Nora’s role in this context was merely to bring the people together, introducing them to Integral Theory and create the space where deep insights about the schools could be surfaced, before then supporting the process to conceptualise and visualise it.

The creation of the school’s integral education model has impact on many different levels. First of all, the whole process is a transformative experience for everyone involved. Indeed, they took time to explore their own developmental potential, open up to the others and understand their perspective before working on the organisational level. Secondly, surfacing these models triggered a reflection about the schools, their structure, purpose and impact. Sitting down to talk about these things and creating the space for an open discussion allows everyone to pause and reconsider what they are actually doing, stepping away from the day-to-day urgency to view the path and the direction taken with appreciation or critique. In this sense, this process also allowed the innovation ecosystem to identify imbalances and specific areas to focus on in their future developmental efforts. Thirdly, the model that has been created can be used for many different things. Along with the Integral approach in general, it for instance enables them to communicate about the school’s work and mission more effectively, both internally and externally. It can be used for the training of new teachers, for the personal development of staff, or, as suggested by the director of Cerrito, to connect and involve the students more. Lastly, bringing in the Integral approach in this way gives them the basis and resources for future organisational development, through the creation of a sustainable school-internal innovation ecosystem.

Beyond the impact on the school itself and its development, this project will hopefully also have a lasting positive impact on the organisation as a whole. Through a first effort and interaction with integral theory on the level of the self-sustaining schools, it has paved the way for a long-term collaboration between Fundación Paraguaya and Trans4m, which could foster the development of the organisation. In particular, they could together explore and expand the work with integral thinking that the Fundación has on certain levels already started (most notably with their multidimensional approach to poverty based on Ken Wilber).

Finally, the enthusiasm and receptiveness of many key people from all project areas within the Fundación has brought about invaluable insights, which can potentially lead to further co-creation processes with other organisations pursuing similar goals around the world.