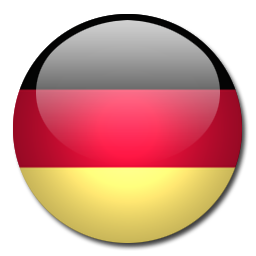 Spirituality, Capitalism & the Art of Leadership:
Consciousness as a Key to Co-Create a Livable World
by Cornelia Drescher & Sainari Integral Institute for the Art of Being

Human beings are, both individually and collectively, on a path of spiritual development. External events are nothing but symptoms, caused by the interaction between individual and collective mental models. External conditions reflect the degree of the inner consciousness of human beings as co-creators. Capitalist systems with their positive and negative effects are nothing but a symptom of the inner state of humanity. Consciousness is the key, the Integral Worlds Theory is the lock, and SAINARI® is a gateway to an integral-spiritual way of living, with the purpose of co-creating a livable world.

Call: The Search for Meta-Patterns of local-global Destructiveness and Levers for Healing

Cornelia Drescher, director and co-founder of SAINARI® and Trans4m Fellow explores the local-global

interconnections between suffering, violence and destruction – to find out how to overcome them. Through her PhD project entitled “Spirituality, Capitalism & the Art of Leadership” she develops an integral-spiritual training and management program. In her research work, she builds on her extensive knowledge in the fields of andragogy, (transpersonal) psychology/psychotherapy, HR and organisational development and management consultancy. Her research project has both a national focus (Germany/German-speaking countries) and an international-global component.

The global state of the planet and the situation in many countries of the world is disastrous in some cases, in terms of the rule of law, economic and ecological conditions. Realising this, you can easily be overwhelmed by feelings of sadness and helplessness.

In Germany, the force of destructive developments is just as obvious. Here, too, the gap in society between the rich and the poor, winners and losers, is constantly widening. As more and more people want to migrate to European countries, national and rightwing extremist movements are growing stronger. A large part of the German population feels less and less solidarity and empathy with their fellow human beings; what matters most to them is to protect their personal material wealth. The situation does not look any better with regard to the environment. A very large number of indigenous species in Germany is facing extinction in times where urban sprawl is prevalent and natural spaces are turned into built-up areas.

All these factors lead to the following research questions, both from a national and a global perspective:

The Research-to-Innovation process of Trans4m offers an opportunity to explore answers to these questions in the PhD project, and to be part of an integral movement that wants to foster a more livable world.

Innovation Ecosystem: Passionate supporters, with their Hearts and Minds

The PhD research process “spirituality, capitalism & the art of leadership” led by Cornelia Drescher is supported by a large number of dedicated supporters within what we call an “Innovation Ecosystem”. That innovation ecosystem will gradually grow bigger as the PhD process evolves, and will consist of approximately 120 people at the end of the research project.

First Research Phase: The findings from the first research phase have shown that a large part of humanity is in a state of internal alienation. Trying to change capitalism through innovations, investments and charity projects that are based on the old paradigm of competition, separation and fear, including the fear that there is not enough for everyone, is like cutting the branches of a poisonous shrub instead of tackling its roots.

Here is an example:
Donating money to a charity organisation
When someone donates a large amount of money to a charity organisation because they feel true empathy and compassion, this, from the outside, seems to be no different from a major donation made as part of a PR campaign. On the outer, inner and energetic level, however, both actions, despite being identical from the outside, cause completely different effects. They create fields of resonance that could not be any more different. An action born out of selfless compassion strengthens the local-global connectedness of all life and fosters friendly and peaceful coexistence on this planet. An action born out of concerns and fears regarding one’s image, the positive perception by others and personal status strengthens, both locally and globally, the old paradigm of scarcity and struggle (of survival).

The global capitalist system is nothing but a symptom. Capitalism is the result of individual and collective belief systems that are based on competition and zero-sum games. It is an expression of the disturbed inner world of many people, who are lacking self-love, empathy, compassion, solidarity and a true understanding of their own spiritual nature. In the western world, in particular, the belief in a materialistic, secular, scientific world view can be compared to a deep collective trance. Because of that trance, it is extremely difficult for individuals to explore and experience their personal connection with the spiritual source of all being.

The graphic below, which was developed by Cornelia Drescher, shows the Cycle of Being that humanity is caught in on this planet – the graph is, among other things, based on hypotheses from quantum physics (e.g. David Bohm) and also draws on spiritual and psychological-sociological sources:

We come from a universal (divine) source, forget this during the process of incarnation, experience painful or even traumatic situations, start protecting ourselves (psychologically, mentally, physically) against such situations, interpret the world as a dangerous place and thus develop protection and defense mechanisms both individually and collectively, at first unconsciously and later consciously. These mechanisms generate mental models and world views that interpret the world and everything alien as dangerous – and regard the world as a place where only the fittest and cleverest will survive. This, in turn, causes cycles of fear, separation and struggle, which individually and collectively do great harm and lead to mental “hardening” and an escalation of symptoms (e.g. unemployment, poverty, proliferation of weapons, violence, environmental degradation). Any efforts that are based on the conventional paradigm of competition and struggle (for survival) will bring out a whole variety of pseudo-solutions (e.g. social programs, development aid, ecological projects, right-wing extremism, religious fanaticism or radical escapism). Pseudo-solutions temporarily convey the impression that the prevailing problems have been solved. From a systemic perspective, however, such solutions are part of the problem. Sustainable solutions (in the sense of first-order sustainability) can only be achieved by transforming and healing the individual and collective pain.

Through its training offers and research projects, SAINARI® supports people and organisations on that path. The goal is to explore the way and the art of personal and collective being in the world – especially as leader.

This allows people to feel and realise whether they act more in the interest of separation or of connectedness on this planet. Such personal insights and experiences give them the freedom to decide afresh how they want to BE and act in the future. The Integral Worlds Theory and the access to (one’s own) spirituality, is the key to achieving individual and global transformation.

Spirituality means becoming increasingly aware of your own nature – until, finally, you know that you are both, the 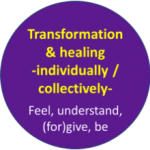 wave and the ocean. And every step towards greater consciousness is also accompanied by greater understanding and empathy for yourself, people, animals, nature and the universe. Until, at the end, you also let go of all concepts revolving around guilt, victim and perpetrator, revenge and forgiveness, because every human being can only act within his or her consciousness (and the boundaries of that consciousness).

Any innovation and well-intended action that is not based on the new paradigm will have a counterproductive effect and strengthen exactly what needs to be changed. Having integral-spiritual access to one’s own being and own (unconscious) motives and feelings paves the way for new individual and collective paths and solutions that derive their power from connectedness instead of separation.

Second Research Phase: In the second research phase of the Research-to-Innovation process, and with the support of SAINARI®, training offers for private individuals and managers conveying an integral-spiritual perspective will be designed and implemented. Using a modular approach, the integral institute will be offering lectures, workshops and programs for two target groups, i.e. private individuals (in the field of “Being-Art”) and for managers (in the field of “Lead-Art”).

For both groups, there will be workshops and training programs for the three levels of self-/SELF-development:

1. Integrating all the parts of one’s inner personality:
> Be consistent (the art of being)
> Lead consistently (the art of leadership)

3. Transcending the self:
> Be (world-)connected (the art of being)
> Lead others in an integral-spiritual manner (the art of leadership)

To achieve this, it is necessary to become increasingly conscious of oneself, use effective methods of transformation, be more and more empathically connected with oneself and all living creatures, and take constructive action.

Third Research Phase: In the third research phase, there will be a pilot phase with managers taking part in a new spiritual-integral management program that will consist of 4 to 6 workshops of 2.5 to 3 days each. The individual modules will focus both on management knowledge, the Integral Worlds Theory and spiritual content and on psychological, systemic and transpersonal methods. Unlike conventional management training concepts, the program also focuses on contents beyond the manager and organisation, including the Globe (according to Ruth Cohn). The goal is for 3-4 groups, each consisting of 15 managers, to complete the pilot program within a 12- to 15-month period.

These managers are involved in the pilot project not only as participants but also as co-researchers. Using the “cooperative inquiry” research approach, a collaborative approach of action research, the managers will, among other things, document their experiences and the changes they go through and make their findings available to Cornelia Drescher for evaluation. These Managers will also be asked at regular intervals to share their feedback on the pilot program (structure, contents, methods, trainers etc.), which means that the research program is also “work in progress”. In this way, the program can be developed further, from one module to the next, based on the managers’ feedback. Participants are not only learners in that project but co-researchers, too.

When evaluating the pilot program, the aim is to gain insights on the question of how and whether managers (can) open up to integral-spiritual issues and methods, and of whether the research program has a demonstrable effect on the managers’ leadership behavior (in the sense of a new integral-spiritual leadership paradigm).

The research-to-innovation process aims to achieve the following results: