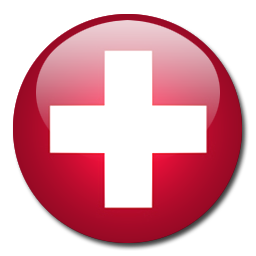 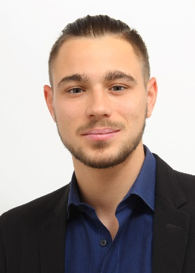 It was in the spring of 2016 when I first met Alexander Schieffer. I took his class “Integral Development – Future Orientated Development Work in Theory and Practice” during my studies at the University of St. Gallen.

This course surprised me totally. First, I was intrigued that a traditional economics university like the HSG offered such an “out-of-the-box” class. Then I was very surprised because it affected my way of thinking greatly. Because of my very rational and pragmatic way of thinking, I never imagined that I could make a significant difference in the world, but through the various life stories presented in the course, I realized that everyone can make a difference if the will is strong enough and if accompanied by a shared vision.

I study Business Administration at the University of St. Gallen (HSG) but I come from the beautiful canton of Wallis in the Swiss Alps. The Wallis is still a predominantly rural place with very little industry, which explains why it is one of the Swiss cantons with the most financial difficulties. However, the microclimate created by the surrounding mountains provides unique opportunities regarding tourism and agriculture, but even those two industries have been suffering for several years. Furthermore, the Wallis does not have a single university, and thus young people go to study in other places, and usually do not come back due to the lack of economic perspectives.

With some of my best friends, we have founded an enterprise called NOSTRAS. As a team, we are now ready to start cultivating cannabis flowers and to sell products made from cannabis. Aspiring to co-create an integral enterprise, we are convinced that we can open new possibilities for the agricultural and wellness industries in the Wallis that, in time, help to revitalize the local economy. We want to set an example and therefore base our production on traditional agricultural techniques as well as permaculture as opposed to monoculture and the use of chemical pesticides.

Although our activity is based on legal grounds, as Switzerland allows the production of cannabis plants that contain less than 1% THC, the current conditions, as well as people’s prejudices towards cannabis, still restrict greatly our margin of action and thus our impact and possibilities. That is why we also want to open people’s minds, by spreading knowledge about cannabis and the possible positive impact Cannabis products can have on health.

My journey as a Trans4m Junior Fellow has just begun. Watch this space for further updates on the development of NOSTRAS into an integral enterprise, that seeks to participate in the building up of an identity-based locally rooted healthy economy in the Wallis Canton of Switzerland.

Note: December 2017 – Workshop on “Nostras as an Integral Enterprise” in Sion