14 September 2018: Upon invitation of the Kindergarden and Primary School of Spitalnic in St. John’s Valley, Trans4m participated in an Integral Education Roundtable, exploring the holistic development potential of Špitalič and Slovenia’s Municipality of Slovenske Konjice 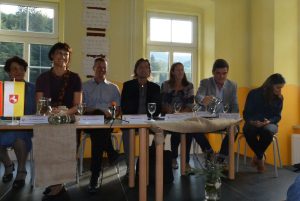 Upon the initiative of the headmaster of the Kindergarden of Špitalič Tomaž Popovič and his colleague Mojca Pešak, and supported by the Citizens Initiative for an Integral Green Slovenia, this integral education panel brought not only an illustrious group of local and international development thinkers and practitioners together, including the local representative of the Slovenian Parliament, but also a highly interested audience from the local population.

Chaired by Tjaša Kangler from the local Tourism Board and hosted by Tomaž Popovič, the Slovenian panelists were Karin Lavin, from Anima Mundi Center for Integral Development; Ana Vovk Korže, Philosopher and Permaculturist, Darja Piciga, Co-Founder of the Citizens Initiative for an Integral Green Slovenia. From the Trans4m Community, Laila Abdul Majeed was invited to share her experience on Integral Education, based on her work with ASG Ahliyyah School for Girls and BSA Bishops School for Boys in Jordan; Maximilian Abouleish demonstrated the relevance of Sekem’s approach to Integral Human Development for Slovenia; and Trans4m Co-Founder Alexander Schieffer explained how the Integral Worlds approach could be applied to the local region surrounding Spitalnic, thereby also purposefully building on the rich cultural heritage, in particular that of the Žiče Charterhouse, the Carthusian Monastery  in the direct neighbourhood of Špitalič. Infact, the Carthusian example showed profound resonance with the integral approach, in that it combined social, ecological, cultural and spiritual, knowledge-creating, economic and political aspects.

The event was very positively received, and an important milestone in the process of developing an integral development perspective for this naturally and culturally very rich region. 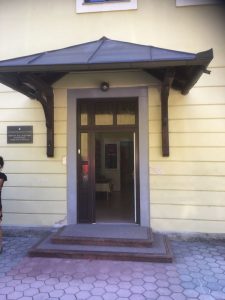 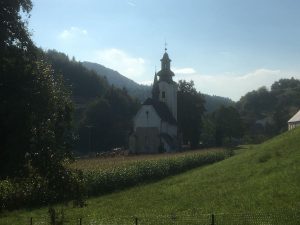