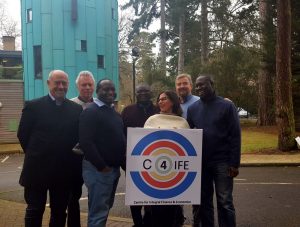 Over the weekend 3-4th of March at St. Columbas House in Woking, near London, a group of Trans-4-m’ers and Trans4m Co-Founder Ronnie Lessem met to discuss the current state of the global economy and to explore how some specific integral approaches can provide solutions for some of the core stresses we are collectively encountering. Conference participants, convened by Trans4m Fellow and Co-Founder of CIFE Robert Dellner, explored how the emergent “Impact Investments” industry partially driven by the UN SDG’s can develop and transform further into “Integral Impcat Investments” (I³ for short) across the globe that speaks and resonates with impact requirements.

Presentations from Basheer Oshodi and Akeem Oyewale, representing CISER, Nigeria on some of the initiatives coming from them in collaboration with Sterling Bank and Heritage Bank around housing and community development. CISER is working on several projects in Nigeria including green bonds, a microfinance bank and an alternative non-interest bank based on Islamic finance principles.

Presentations from Aneeqa Malik, Akhuwat and Tony Bradley, Liverpool Hope University, bringing in more cultural and spiritual perspectives around alternative forms of finance and economics through Islamic finance, demonstrated how these perpectives can inform and influence western approaches. The Akhuwat “micro finance” model has emerged from a deep understanding of needs based dynamics and the social bonds that are forged as a result. Tony Bradley, in term, has developed a Christian meaning making perspective  (Semiotic Economics) based on a biblical quaternity that follows traditions from the gospels and infuenced by reciprocity and redistribution economics from e.g. Karl Polanyi and others.

Daud Taranhike from Zimbabwe, presented how a strong connection and rooting in nature builds organisational strenghts and how Africa can provide significant impulses on how to resore and rebalance systems based on purely Western thoughts and practices. His own emerging concept of Nhakanomics (Heritage based Economics) is firmly embedded in African values and includes aspects of legacy and longer term implications, often missing in other more Western  paradigms. The four elements of Nhaka are: 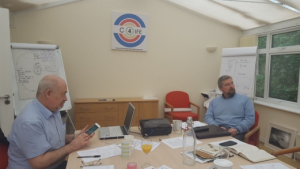 Robert Dellner, representing CIFE, one of Trans4m’s partner centers, presented the current state of the Impact market place, key drivers including the SDG’s and his Integral Impact Investment (I³) Model. This approach will soon be articulated within a book on I³ to be published later in 2018. As Impact investments is gathering pace and recognition globally it was outlined how well the Integral Worlds model can purposefully be applied to broaden the current methods and methodologies, not only to include the often missing aspect of culture but also to integrate a dynamic approach that helps to build a much deeper understanding and awareness.

Participating via Video link from Edmonton, Canada, was the Economist and Author of “Economics of Happiness” Mark Anielski who provided insights and alignments with his approach to Wellbeing economics; another virtual guest, was Suwen Chen from Edinburgh University who is shortly starting her PhD on Impact Investments.

The weekend was rounded off with clear outcome objectives around agreed work in progress and collaboration workstreams going forward. A big thank you to all participants and Ronnie Lessem in particular for orcestrating discussions and adding important input as and when required. CIFE is continuing to develop its approach into how Integral methodologies can inform global finance with the agreement to collectively publish a book titled “An introduction to Integral Finance & Economics”. 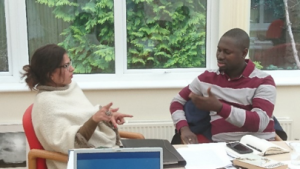 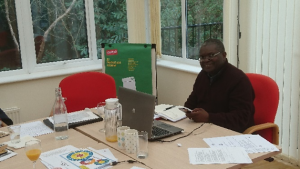 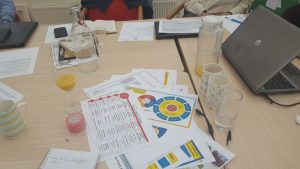 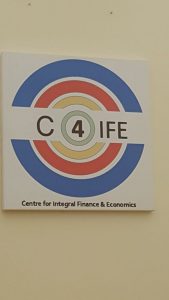